Skip to content
January 25, 2017 Ali
Whew!
We made it through the week!!
And after running a couple of errands and changing our plans for the day we came back to the Ranch and took a much needed nap.  For anyone who has known me for any length of time, you know I not only like to sleep I NEED my sleep!!
I have found I NEED between 7 and 8 hours of sleep to be able to function at 100 % or better.
Over the past week I had
2 nights less than 6
3 nights less than 7
and two nights of over 9 hours (those happened to be Friday and Saturday nights which is really good on a weekend)
But 5 Nights with less than 7 hours of sleep makes for one tired house mama!!
And so today we got in a good nap!!
Slept about 3 hours and it felt great!!
It was worth changing our plans
so we can start fresh tomorrow to enjoy our six days off!
What goes hand in hand with lack of sleep
is no time for writing.
We are on duty from 6 am to at least 10 pm with face-to-face time with the boys.
And when one is home sick,
one gets suspended,
days full of meetings,
trying to get class work/home work completed before deadline
means
no time for writing.
And that is something I just need to remember.
So I am going to give myself permission
to not stress about not writing on our weeks on duty.
And that is okay
(for me to remember!!!)
So stay tuned and let’s see what I can write about this week.
******
Today I am thankful that our work week has come to an end
and all-in-all it has been a good week.
Had a couple of great talks with R and J
and only two melt-downs from C!
January 19, 2017 Ali

When things get tough people usually do one or the other.
Me up until about 8 years ago I would say my first choice was flight ~ to leave the situation, usually with my  mouth running and anger spewing and then having to figure out how to make things right, figure out how to fix things.  Whatever it was it usually didn’t get fixed very well.
With lots of counseling, prayer, hard work, a loving husband and a God who never left me hanging I have learned to fight ~ to work things through, to do what is right, admit when I was wrong, learn from my mistakes, grow in the Lord through difficult times and then move forward and continue to trust the Lord
EVEN WHEN IT’S HARD!!

and heading to Blaine
to see family and friends!!!
One more sleep and we are off!!!
January 10, 2017 Ali
Slept in a bit this morning
and then went to the restroom
(you know normal routine for most people)
but
we found this

but my trusty plumber hubby
got a snake from the ranch manager
and tried to fix it…but it couldn’t be done!!!
So called Ranch Maintenance,
they called someone from Plant Maintenance
to come out and check it out.
Found out our issue was just a symptom
of a much bigger problem
This is what was found out in the yard
UGH!!!
So what’s a girl to do?
Well get her hubby to take her out for lunch
at

and then out for a drive,
enjoying the country side,
stopping at
Gib’s RV
checking out some travel trailers!!
Found a couple
but will see what’s available
when we are ready to buy the end of the month!!
And we continued on our country drive.
Passed the plumbing company truck leaving the ranch
and found out they will be back tomorrow…
…so short showers
and as our UM Chris said
“if it’s yellow, let it mellow,
if it’s brown, flush it down”
Gotta love his sense of humor!!
So we are calling it a day,
snuggling under blankets in front of our little 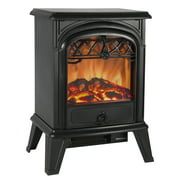 watching some TV,
doing some crocheting
and just enjoying time with each other.
******
Thankful today for sunshine and warmth,
we broke a record here in Waco today,
as it was 81*!!!
Unreal for winter in January!!!
What are you thankful for today?
Are you experiencing unusual weather where you are?
January 9, 2017 Ali BUT GOD TELLS ME

Our Sonny Life
Life with us ~ The Wandering Workentins
Blog at WordPress.com.
Loading Comments...