Today’s Prompt word is LOCK. Think about it, read the definitions below, then sit for ten minutes (minimum) and write.

1. A device operated by a key, combination, or keycard and used, as on a door, for holding, closing, or securing.
2. A section of a waterway, such as a canal, closed off with gates, in which vessels in transit are raised or lowered by raising or lowering the water level of that section.
3. A mechanism in a firearm for exploding the charge. 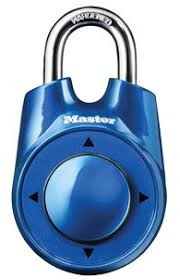 and praying that my bike would never get stolen even though it was locked up.
And telling our boys to always lock the bike when they went somewhere and how one day the boys went to the library and we saw the bike there and it was not locked.  So being the wonderful parents that we are, we picked up the bike and took it home.  First stopping at the local police station (a nice benefit living in a small town) and telling them we found our son’s bike not locked and to teach them a lesson we “stole” the bike.  And the boys would probably come slinking to the police station, hoping upon hope that someone actually turned their bike in and not actually stole it.  We asked the nice policeman if he would really lay it on the boys about “not locking” their bike and asking them how they were going to tell their parents the bike was gone.  And he said “no problem.”  He knew just what he was going to do.  We went on our merry way back to our home and put the bike along the backside of the house where it could not be seen.
About an hour later, the nice policeman gave our boys a ride home.  Can you say 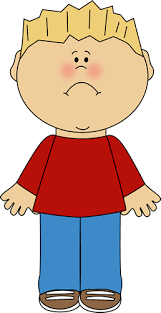 ?
Hubby and I walked out the door to meet the policeman and two very sad boys, who looked like they wanted to be anywhere but where they were.  Hubby said, “what’s going on?”  The boys started stuttering and finally mumbled something about the bike being stolen from the library and they went to the police department and the police officer drove them around a few streets looking for their stolen bike but alas no bike was to be found.
We let them stammer, stumble and mumble for about a minute.  I am sure the boys thought it was more like a lifetime.  Hubby said something to the effect “well, it looks like you boys will need to buy a new bike (it was mom’s bike) for mom…you know that’s close to $50 and they both groaned.  We told the nice policeman that we would handle it from here and thank you for bringing the boys home.  He walked towards his car as Ron led the boys towards the backyard…when yells of “you tricked us!”  “you are so mean.” and then the policeman came around the back and said “Boys you should be thankful your parents ‘tricked’ you…you still have the bike.  What lesson did you learn from all this?”  And in unison they both shouted “LOCK the dang bike!!!”
Do you have a lock story?  If so, feel free to write your own blog post or comment below.

1 thought on “Lock…hmm what does that mean?”